The modern flag of the Chinook Nation combines elements of Chinookan Art Style.  Used with permission.

The modern Chinook Nation flag incorporates a human face and salmon form using circles, shapes, negative space, and a three-plane human facial design. “Lower Columbia Art involves both zoomorphic and anthropomorphic figures and is strongly influenced by an aboriginal perspective of anatomy. Bodies are geometricized, and faces are composed of planes applied to geometric shapes such as diamonds, circles, and octagons. Observers often have noted the ‘skeletal’ or ‘x-ray’ attributes of the art.” 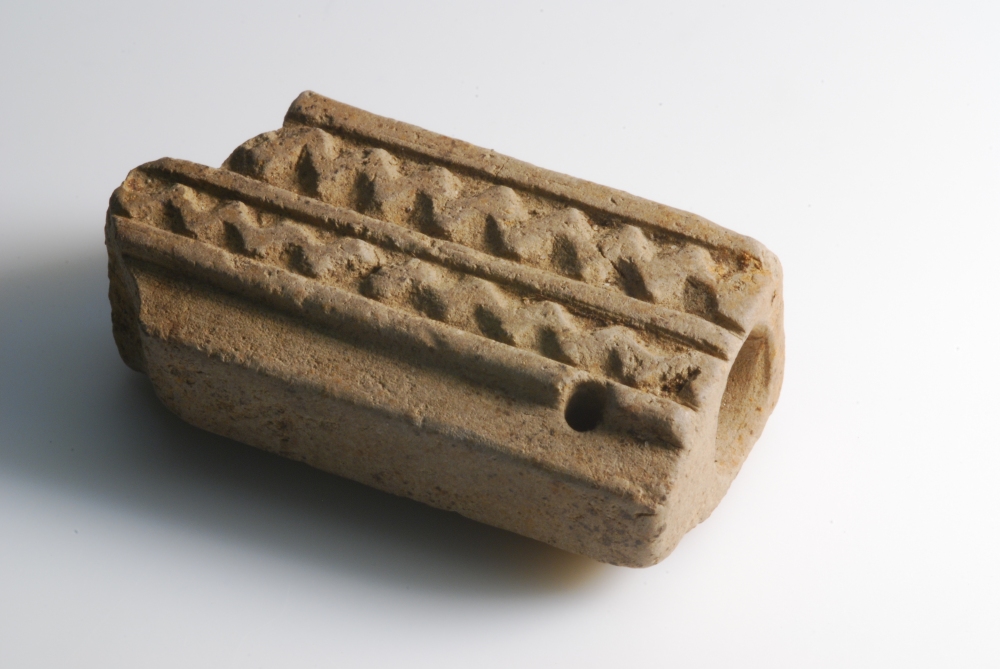 A fragment of a clay pipe designed with raised zigzags. “Basic geometric shapes, appearing as either incised or raised elements, are the backbone of the style. Concentric geometric shapes and bands of interlocking positive zigzags are typical and often help define larger positive background spaces. They also appear integrally in anthropomorphic and zoomorphic imagery. The word ‘geometry’ is misleading, and it may be most appropriate to refer to this attribute of the art as “organic geometry,” Johnson and McIsaac, page 202. Image # DSC 4944. Courtesy of Doug Wilson, National Parks Service. 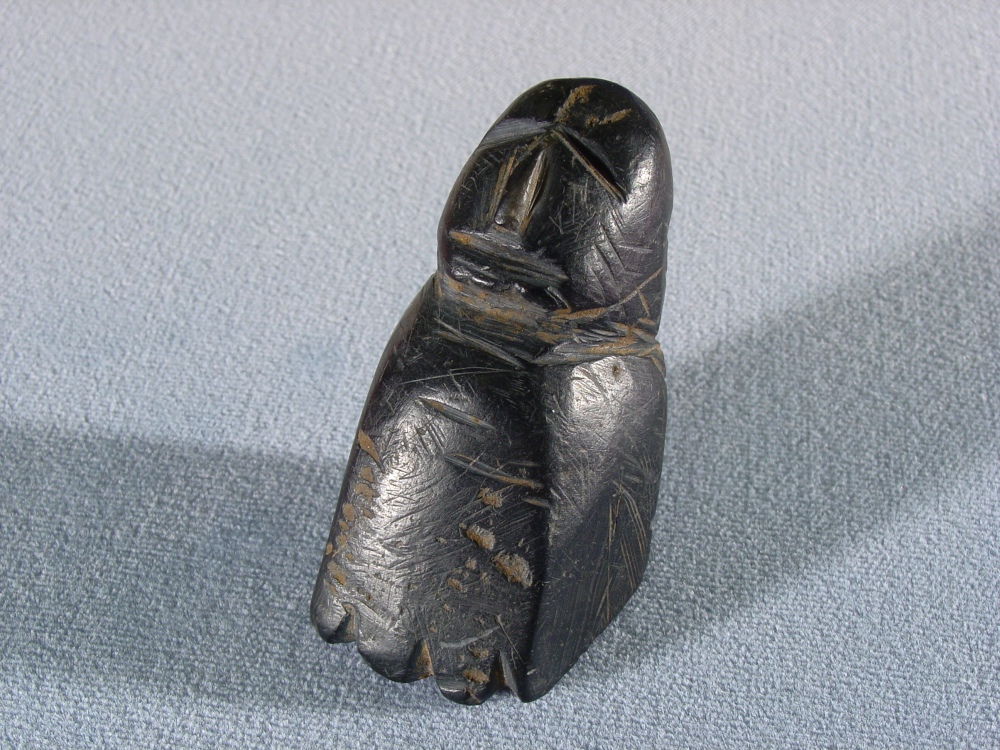 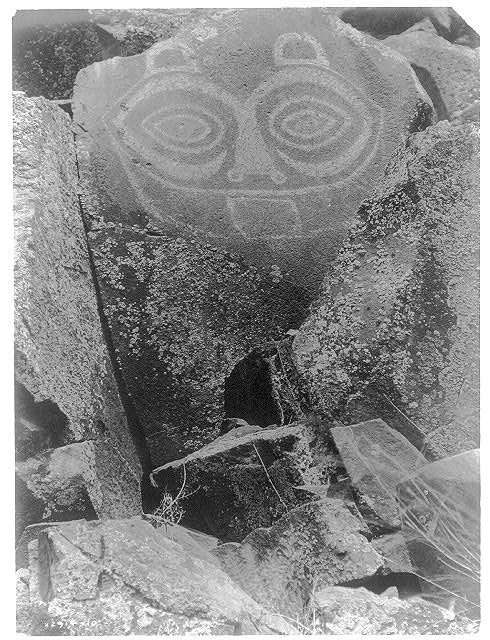 “The tsagiglalal [facial] type is named for the most famous image of this type, a pictograph near Old Wishram village, upriver from The Dalles on the north shore of the Columbia. Tsagiglalal, commonly known as ‘she-who-watches,’ is most associated with the easternmost Chinookan villages. […] The tsagiglalal face type is characterized by almond-shaped eyes and a strong brow line that arches down to define the eyes. . . . The mouth grows from the corner of the eyes, producing a ‘grinning’ appearance, and it most often includes a tongue or tooth,” Johnson and McIsaac, pp. 205-206. Image # LC 3a49744r. Courtesy of the Library of Congress. 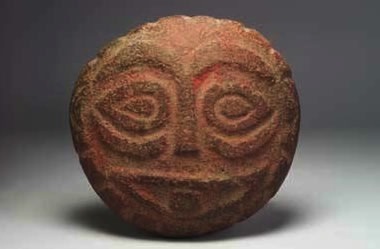 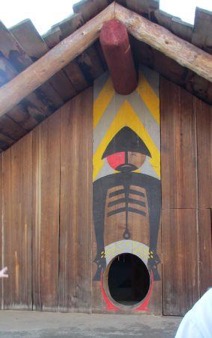 Figures in Chinookan art are usually shown from a frontal perspective, such as this standing figure painted over the doorway of the Cathlapotle Plankhouse at the Ridgefield National Wildlife Refuge, Ridgefield, Washington. The length and shape of the arms, the “ribs” on the torso, and the arrangement of the facial features in three distinct planes (forehead, eyes and cheeks, mouth and chin) are all typical of Chinookan Art Style. Photo courtesy of Carolee Harrison. 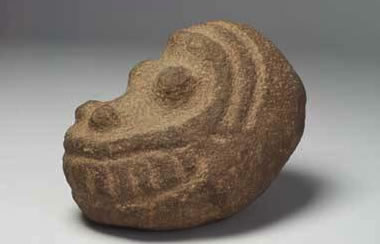 A stone carving of a seal’s head from the Columbia River region. Incised lines create positive and negative space that give the features their dynamic expression. Image # ANT: YPM.3152. Courtesy of Yale Peabody Museum. 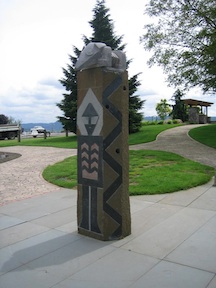 A selection of wooden objects carved by Sam Robinson. The handles of bowls and spoons are decorated with animal shapes after historic examples of similar Chinookan utensils, and the larger bowls echo the shapes of canoes. In the foreground is a Chinookan canoe paddle. CCRH photo. Re-visioning this place, Columbia River Maritime Museum, 2008.